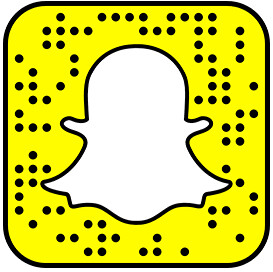 The world of #edtech is ever growing; the newest addition: Snapchat. Snapchat is one of the most popular social media apps used by young people today, and it is starting to make it’s way into the classroom in a variety of ways (more on that later).  The problem, however, is that Snapchat, although extremely popular, is also a very controversial app, so it’s use in the classroom might raise some concern.

A lot of the concern surrounding #edtech is often fear of the unknown, but that doesn’t make the concerns any less valid.  As teachers, we need to be aware of the concerns/oppositions held by parents, administrators, and other educators, and be able to justify our use of #edtech in the classroom.

Outlined below are several concerns that parents and/or teachers may have about using Snapchat in the classroom, as well as our responses to those concerns:

Concern: It’s not safe — I’m afraid that my child will send pictures/videos to random people.

Snapchat is not the only tech tool that young people use to communicate.  Different online platforms like Facebook, Instagram, Vine, and Tumblr allow students to connect with people all over the world.  However, Snapchat, like all of these tech tools, has customizable privacy settings that allow the user to decide who can contact them and who can view their Story.

Concern: Snapchat has the reputation of being a sexting app!

Yes, Snapchat is known as “the sexting app” (although co-founder Evan Spiegel says that’s not what it was created for).  Some people believe that Snapchat encourages sexting because the pictures/videos that you send are time-specific — they only last for a designated amount of time before they “self destruct”.  This prevents, or at least makes it difficult, for inappropriate pictures to be screenshot and shared.

In the video below, Theresa Payton, a National Cyber Security Expert, discusses the dangers of Snapchat and advises parents against allowing their children to use the tool:

Note: Not all information in this video is accurate; Snaps can last for up to 10 seconds, and Stories last for 24 hours.

Frankly, we can’t control how students use their personal technology, but we can teach students how to be responsible online.  Just because a tech tool has possible negative repercussions doesn’t mean we should shy away from it.  Snapchat’s negative reputation allows for a teachable moment.  The truth is, everything on the internet is permanent, even Snaps. This opens up the opportunity for teachers to have a discussion with students about digital citizenship and online safety like one teacher from the UK who used Snapchat to teach her Year 5/6 students about internet safety; she took a screenshot of a Snap and shared it on Facebook to demonstrate how quickly a “private” Snap can go viral.

Concern: Snapchat is too distracting.

Distraction happens, especially if students aren’t engaged in their learning.  As teachers, we have a responsibility to develop and facilitate creative and engaging lessons that keep our students wanting to learn.  Using a popular app like Snapchat might be a way to do this — if students on it all the time, they might as well use it for educational purposes

This is a concern when using any type of technology in the classroom.  As teachers, it is our job to make learning as equitable as possible.  This means providing students with the appropriate resources that they need to learn as well as making adaptations to our teaching.  For example, if a student does not have access to a cell phone or Snapchat then we could send them the same information via email or in a Remind message.

Concern: As a teacher, I do not want my students to have access to my personal Snapchat.

Another concern along the same lines is that a teacher might not feel comfortable sharing their personal phone number with students, nor should they have to.  Snapchat makes this easy — you can add “friends” by scanning a barcode (aka a “Snapcode“) or by searching a username.

Concern: How does Snapchat enhance my child’s education?

Snapchat is still a relatively new tech tool (released in only 2011), so it is not as commonly used in the classroom as other tools like Twitter, Edublogs, Remind, Kahoot, etc.  In fact, neither of us personally know of any teacher who use Snapchat in their classrooms.  However, that doesn’t mean Snapchat doesn’t have any educational value.

Snapchat can be used in the classroom in a variety of ways:

These are just a few suggestions as to how Snapchat can be used in the classroom.  Amy, who is a chemistry major, also had the idea of using Snapchat to share a mystery chemical reaction with her students prior to class.  This would get students excited for, and thinking about, the learning that is to come. Ultimately, Snapchat is another tech tool that can be useful in the classroom — you just have to be creative!